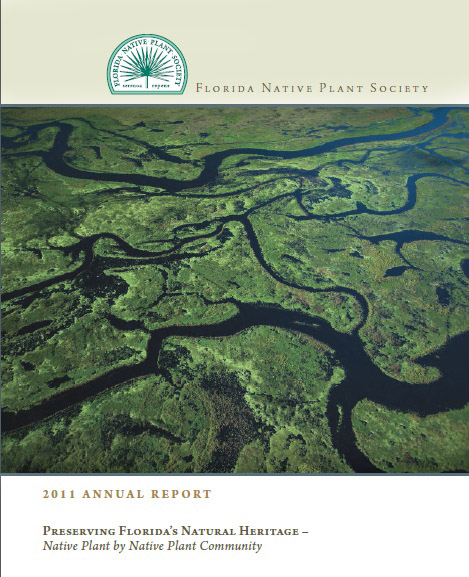 ﻿﻿﻿﻿﻿﻿It's easy to see how the Florida Native Plant Society and the combined actions of its 37 chapters - 4,000 members in all - fit within the context of this year's Blog Action Day topic, "The Power of We." Here are some of the activities we've engaged in - as a group  - for the purpose of conserving and/or restoring Florida's native plant communities and the wildlife that depend upon them.

1) The FNPS annual report for 2011 provides a solid starting point for learning about some of the organization's many accomplishments over the past year.


2) Native Park in Jacksonville
A group of FNPS members and neighbors turned a small city park into an award-winning showcase for locally native plants. This park was started in 1923 by a local garden club. FNPS members and other volunteers have spent countless Saturday mornings digging up invasive and non-native plants, and have added 138 native species to the 37 that existed when they adopted the park in 2011. The local FNPS chapter (Ixia) raised money to pay for the plants. This project is a terrific example of the impact that we can have on our communities and public spaces by joining forces and working together to achieve something greater than what any one of us could ever do alone.


3) A How To: Grass-free and Deed Restricted
A small but determined group of people have changed the way that residential landscapes are judged. Through education and example, we are shifting the notion of curb appeal from that which is all lawn - uniform and green - to something more diverse and alive with color. Possibly the most critical factor involved in this process is showing people that grassless landscapes are not typified by a field of weeds. To the contrary, they can be tidy and well maintained in addition to being attractive to other species besides Homo sapiens.

4) Jaret Daniels and his Charismatic Pollinators
By concentrating on the charismatic pollinators, Jaret Daniels is overcoming people's negative attitudes toward bugs. His research also includes working with farmers to show them that leaving some unplowed land in and amongst their crops pays big benefits when comes to attracting native pollinators. 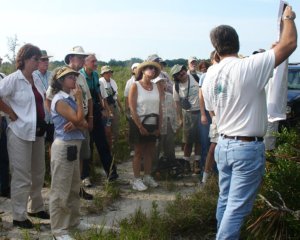 5) An Ode to Volunteers
This Earth Day post summarizes many of the great accomplishments by these unpaid, but enthusiastic activists. This really is a story of the power of we.


6) 32nd Annual Conference Field Trips
This list of wild and attractive sites summarizes central Florida's success stories of preserving the heart of Florida. Most successes are a combination of efforts from organizations large and small with a core group of enthusiasts.


8) Trout Lilies Bloom Early This is a fantastic story of the largest and southernmost population of trout lilies or dog-toothed violets in the country just north of Tallahassee in south Georgia. The property was owned by a developing company, but fortunately for the lilies, the housing market crashed in 2007, so a small group of people an a few organizations were able to come up with the money to save this marvelous and unique ecosystem.


"All great projects require one brave and persistent soul to keep them going, no matter how many help. For Wolf Creek Trout Lily Preserve, this person is Dan Miller. Everyone who has or ever will witness the sight of the millions and millions of trout lilies flowing over the curves of the slope owes him thanks!"


And we end with the previous year's annual report:
9) The FNPS 2010 Annual Report 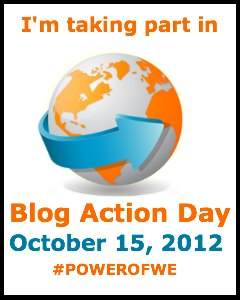 A year's worth of projects, actions, educational sessions, outreach events, and workdays the show that the Florida Native Plant Society has The Power of We. This post has been part of the 2012 Blog Action Day.

Anonymous said…
Congratulations, FNPS! You are, individually and collectively, among the most dedicated, educated, motivated, and generous people on the face of the earth!
October 15, 2012 at 10:00 AM