Showing posts from April, 2015
Show all

By Devon Higginbotham Despite Governor Brown's pleas to conserve during the ongoing severe drought, California's water use continues to rise. Today, because of the drought in the southwest, the City of Palm Springs, CA (long considered a desert oasis) is returning to native plants. According to the New York Times , “Palm Springs has ordered 50 percent cuts in water use by city agencies, and plans to replace the lawns and annual flowers around city buildings with native landscapes. It is digging up the grassy median into town that unfurled before visitors like a carpet at a Hollywood premiere. It is paying residents to replace their lawns with rocks and desert plants…”   (See link at bottom for the entire article) It’s too bad it takes an event as drastic as a drought to bring attention to the benefits of native plants, but once people realize the rewards to wildlife and the state’s water system, it becomes obvious, both in California and Florida. Hopefully California wi
2 comments
Read more 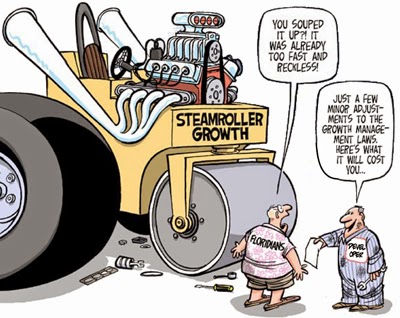 From the F.N.P.S. Policy Team... Dear Native Plant Advocates and Environmental Stewards: Thank you for speaking up for more land acquisition funding through Amendment 1. You made a difference and an impression on legislators. They told our lobbyist that callers who identified themselves as FNPS members were both polite and well-informed. There is more work ahead for us on Amendment 1 funding - that Alert remains active on our website - but there are other issues of importance to conserving native plants and native plant communities. Please consider acting on one or more of the issues discussed below and be prepared to act in the near future on an Alert that will demand meaningful funding for land conservation. To find contact information for your legislator, go to www.flsenate.gov and www.myfloridahouse.gov Growth Management Without good growth management, it’s hard to conserve habitat for native plants and wildlife. The Senate is getting ready to discuss SB 1216 , which is a c
Post a Comment
Read more 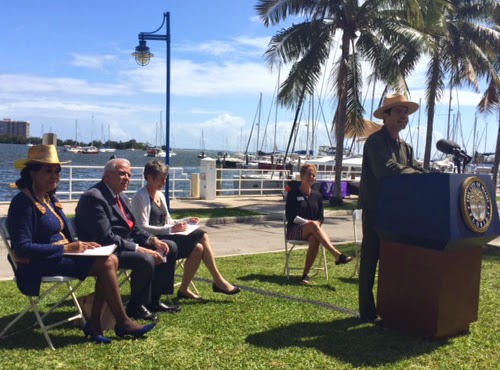 By Audrey Peterman, with an introduction by Laurie Sheldon I have to give credit to Aimee Leteux, FNPS Naples Chapter Rep, for sending me this article. As soon as I read it I knew that it needed to be shared with the members of FNPS. I believe that it highlights one of the most critical elements involved in keeping an organization relevant - creating partnerships with a diverse group of stakeholders and fostering a sense of organizational stewardship in our communities' young people, as they will take the baton into the future. I applaud Audrey Peterman for the outstanding example she has provided, and thank her for emphatically granting me permission to relay her words... A beautiful vision of the 21st Century National Park System is unfolding in South Florida. When Department Of Interior Secretary Jewell, a member of President Obama's Cabinet, arrived in Miami on the first day of spring to announce a federal initiative to get millions of young people into their national
Post a Comment
Read more
More posts