Showing posts from March, 2021
Show all 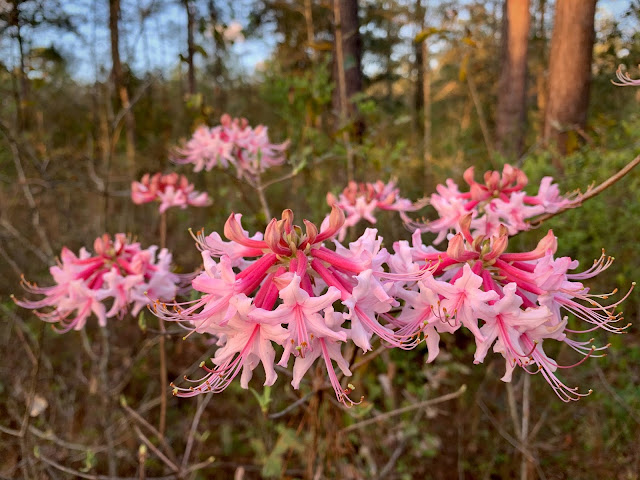 Piedmont Azalea, Rhododendron canescens. Photo by Lilly Anderson-Messec By Lilly Anderson-Messec While growing up in North Florida, I began to recognize the arrival of spring by the boisterous show of white, pink, and fuchsia blooms of azalea shrubs. The house I grew up in had large, mature azalea hedges with a variety of different colors and forms. Every spring, my mom would bring in vases full of them and my dad loved to point out the showy shrubs as we drove through town. I suppose I assumed these plants were native, but most likely I never gave it a thought. I didn’t differentiate a native plant from a non-native one because I didn’t yet know the importance of native plants as the basis of our functioning ecosystems. I was so surprised when I learned the azaleas I was so familiar with (Rhododendron indicum) are actually transplants from Asia! They are favored by the horticultural industry for their fast, vigorous, and dense growth of evergreen leaves and large, showy blooms. Curio
Post a Comment
Read more
More posts