Showing posts from December, 2018
Show all

"You can’t just sit at home and whine about it:" Interview with Alex Farr, President of Sea Oats Chapter (St. Augustine) 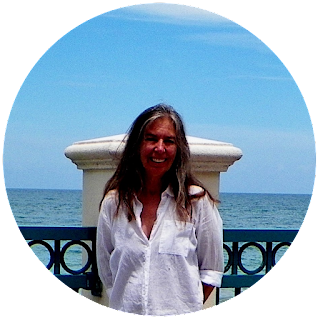 Alex Farr, President of the Sea Oats Chapter of the Florida Native Plant Society Sea Oats was, until recently, a small, struggling chapter that wasn't holding regular meetings. When asked why she did jumped in to lead the chapter, she said, "No one else wanted to do it. I was like, damn it, let's do it!" Alex has been a Florida Native Plant Society member for five years, she was working in general horticulture when she saw a tiny little notice in the newspaper for a native plant meetup group, so she joined. She quickly learned about native plant landscaping and soon joined St. Augustine Beach's Beautification Advisory/Tree Board . Three years later she has transitioned three city landscapes from non-native to native and is the Vice-Chair of the Board! Initially, the leadership at the time put Alex in charge of the Facebook page , which was essential in keeping her engaged in the chapter. Chapters, take note. Past presidents Michael Bowles and Eric Powe
Post a Comment
Read more

Care to help a rare plant species with your loppers and hand saw? 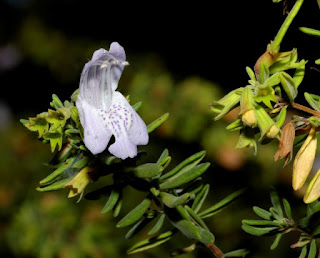 Etoniah Rosemary ( Conradina etonia ) is a narrow range endemic mint species only known from Etoniah Creek State Forest and private land adjacent to the Forest (Figure 1). Dunn’s Creek Rosemary ( C. cygniflora ), an additional narrow range endemic mint species, was once considered the same species but further research determined it is a distinct species which occurs in roughly the same region. Figure 1. Etoniah Rosemary ( Conradina etonia ) In areas where fire has been excluded populations of these mint species are declining. These populations would benefit from small-scale hand removal of shrubs near individual plants in areas that will not be burned or mowed. This involves cutting and removing sapling woody species like Sand Live and Laurel Oaks, Crooked Wood, etc. with loppers, hand saws, Root Jacks, etc.. This work is to be done in Florida scrub in spring, so will be sunny, windy, and perhaps cold or hot and dry. Volunteers will need to bring sunglasses/eye protectio
1 comment
Read more

Before we get to the Jurassic ferns, step back with me in time and space for a moment to imagine the gradual and chaotic development of life on earth. We don’t yet know much about the beginning. During 2018 the NASA Curiosity rover provided more evidence of water on Mars and, importantly, organic molecules of the types that make life on earth. That isn’t yet scientific proof for prior life on Mars because complex “organic” molecules can be created chemically without life. We will have to wait to learn more about the story of life’s origins on earth and perhaps Mars. Stromatolites, Exuma Land and Sea Park Bahamas National Parks From the fossil record, we know that Stromatolites, a living cyanobacteria, first appeared on earth roughly 3.5 billion years ago. They still live and grow relatively nearby (off the Exuma islands of the Bahamas). Stromatolites produce oxygen and slowly changed earth’s atmosphere, but nothing is simple in science or a good murder mystery. The
Post a Comment
Location: Miami, FL, USA
Read more
More posts