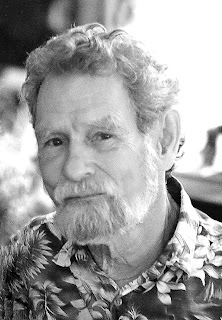 On December 8 2021 Hernando Chapter lost a big part of the heart of its native plant community. Our friend Rick McDonnell died from complications of pneumonia after a lengthy hospitalization. He was 74 years old.

“We always looked forward to Rick’s arrival on plant sale day – the van loaded to the top with all our favorites – his famous wild coffee, coral honeysuckle and coralbean, sunshine mimosa with some wild garlic thrown in for fun. He had the most interesting wetland plants – native hibiscus, swamp mallows and string lilies.”
– Cindy Liberton, Hernando Chapter

There was a lot more to Rick’s story. (Thanks to Jaime Hendry for filling in some details.) Rick was born May 9th, 1947, in Fort Atkinson, Wisconsin. His family moved to St. Petersburg, Florida when he was eight. After high school he apprenticed at his father’s company, McDonnell Plumbing, and was a lifelong member of Tampa’s UA Local 123. In the 1960s he served one tour of duty in the U.S. Navy. But from early childhood, Rick’s main passion was exploring nature and collecting artifacts and fossils.

"Rick was a smart, industrious man. He loved native plants, his wife Jaime, and his friends, not necessarily in that order. I was fortunate to count myself among his friends. He will be missed."
– Jim Clayton, Hernando Chapter

Starting in his early teens, he participated in several archaeological field studies, culminating more recently in several summer field seasons at the famous Topper archaeological site, sponsored by the University of South Carolina. After obtaining an AA from St. Petersburg J.C., Rick earned his B.A. in Anthropology at University of South Florida. It was here he met Jaime, his love and partner for the next 44 years. 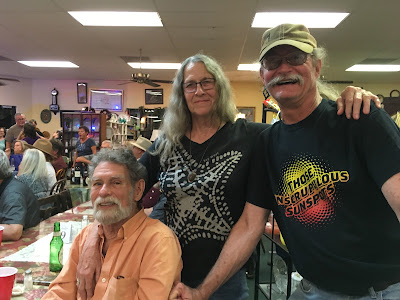 Music was another cornerstone of Rick’s life. Many knew him as the man with a harp who knew how to get down with the Blues and lift you up in the process. Rick was a joy to know, whether the context was musical, grown in pots or carved in stone. We miss our friend, but celebrate a life well-loved.

“Rick was a viciously kind-hearted, friendly, funny, and happy guy that made him magnetic. His storytelling was legendary. He was sincerely fascinated by the people he knew and made us all feel just as special as he was.”
– Jason LaRoche, Hernando Chapter
by Cindy Liberton
Hernando Chapter obituary Rick McDonnell