Inscrutable as a sphinx? 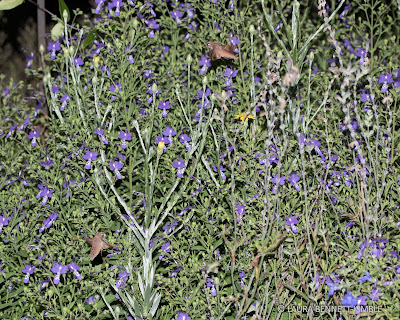 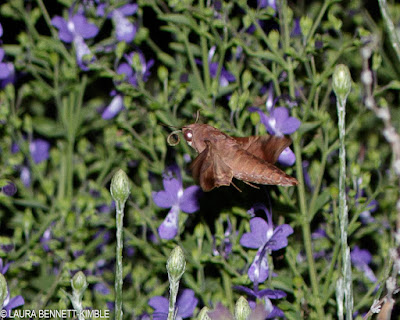 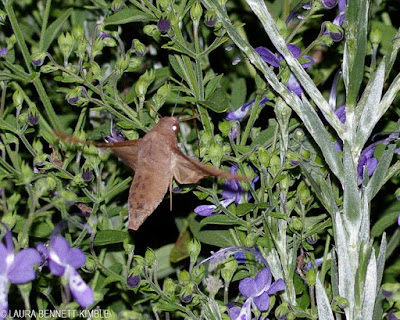 The two close-up photos, which show more detail, including the proboscis on one of the moths, are cropped from the larger photo. Photos by Laura Bennett-Kimble.

Have you ever been excited to spot a hummingbird buzzing around flowers, only to realize it was actually a large moth? You’re not alone.

Many species in the moth family Sphingidae resemble hummingbirds in flight, as they beat their wings rapidly and hover over blossoms, and their abdomen shape can actually resemble the body of those tiny birds, too.

The moths are commonly called hummingbird, hawk and sphinx moths, the latter name having all sorts of interesting connotations. Sphinx is the name of a winged female Greek monster that had a tendency to kill those who couldn’t answer her riddles, and it’s also the name of an ancient Egyptian mythological creature with a human head and a lion’s body – think of those enormous stone monuments in Egypt’s deserts.

The word also indicates mysteriousness, as well. A lot is known about sphinx moths, however, so they’re not really as enigmatic as their name implies. So, why the “sphinx” moniker?
According to University of Florida/IFAS, “This is because when the larvae feed among the leaves and branches of a host plant, they can often be found in a position that looks like a sphinx.”

The Missouri Department of Conservation agrees, stating: “They often rest with the thorax raised into the air and the head tilted downward, which reminded people of the posture of sphinx statues from ancient Egypt and elsewhere.”

These moths are typically nectar-seekers, though some Sphingidae species do not eat as adults. The ones that do deserve credit for being important pollinators for many wild and cultivated plants, especially those species that are night bloomers.

“While honeybees get the lion’s share of attention as pollinators, moths accomplish a significant amount of pollination under cover of darkness, according to a study in the U.K. reported on in Science Daily. By analyzing pollen grains found on moths, researchers suggested that ‘moths supplement the daytime work of bees and other pollinating insects…’ and do their work over wider areas than bees,” National Moth Week stated in a news release.

Interestingly, the sphinx moth proboscis can be ridiculously long – a matter of inches – to help them reach nectar in some flowers, making certain species specialized pollinators.
A couple of interesting sphinx moths are the Pluto Sphinx Moth (Xylophanes pluto) and the Hummingbird Moth (Hemaris thysbe), both pollinators.

Sphinx moth caterpillars are often referred to as hornworms, since many species have large horns, or spikes, at the end of their abdomens. And they have voracious appetites as caterpillars, as anyone who’s encountered tomato hornworms on their vegetable plants can attest. Before pupation, the caterpillars can get up to 3 inches in length.

There are 124 Sphingidae species, according to Iowa State University’s BugGuide, which also says their wingspans can range from 28 millimeters to 175 millimeters. Depending on specific species, the adults are active during the day, at dusk and dawn, or at night.