No Funding for Land Conservation is a Legislative Insult to Voters 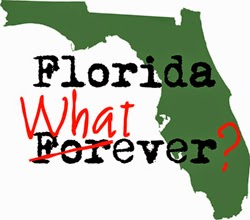 Are you one of the 4.2 million voters who supported Amendment 1 in the last election? If so, did you believe a primary purpose of the funding was to finance the purchase of additional natural areas as a way to help protect our water resources, wildlife, rivers, beaches and scenic vistas? The Florida legislature doesn’t believe that is what voters actually had in mind when 75% of them voted for passage of Amendment 1.

Is there another way to explain why the House and Senate budgets include NOTHING for the purchase of land through the Florida Forever Program? Our will as voters is essentially being preempted by the people we pay to represent us in Tallahassee! Unless you like being slapped in the face, let's stop this disenfranchisement once and for all.

Don’t be fooled by smoke and mirrors, like the proposed allocation of $20 million to purchase lands along the Kissimmee River in order to complete restoration of the river. It’s a good project that has been in progress for years and deserves to be funded... but it has nothing to do with Florida Forever.

Amendment 1 requires, in simple-to-understand language, that 33% of annual documentary stamp tax revenues must be dedicated to land and water conservation. Most of us interpreted that to mean a substantial amount of the funding would support the protection of natural areas through the purchase of land. Those revenues are projected to total well over $700 million in the first year alone. Both the Senate and House propose to spend millions to cover existing agency operating costs and fund expensive water supply projects, and NOTHING for Florida Forever.

The Legislature’s unwillingness to heed the will of the voters is unconscionable. The overwhelming passage of Amendment 1 is an irrefutable testament to the love Floridians have of their natural areas and the concern we have for their future. Please contact the House and Senate leadership this week and tell them what you think about their budget proposals (contact information is provided at the bottom of this blog). If you can, please take the time to contact your own Representative and Senator as well. Some statements you might want to include in your letters/e-mails:

Anonymous said…
Please make your voice heard, purchase private lands before it becomes unavailable. The human population here is exploding, wildlife habitat is being fragmented and that is not EVER good for diversity(population gene pools, migrations, natural communities).
Humans are not all there is to life- even cityfolk need nature to provide resource services.
March 24, 2015 at 7:22 AM

Unknown said…
I have written to all of the above reps and senators. Maybe we should concentrate on finding an impartial committee to draw the voting district lines so that the majority of us can finally be heard.
March 27, 2015 at 4:19 PM

The Jolly Bloggers said…
Thanks, Carl. I wish our legislators respected the will of their constituents...
March 28, 2015 at 2:39 PM