Written by Jackie Rolly and edited by Juliet Rynear 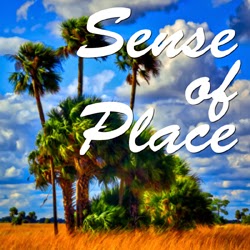 At the FNPS Annual Conference this year I was listening to Russ Hoffman speaking on “Why People Don’t Get It? - The Psychology of Embracing Native Plants.”  I remember him saying that we should refrain from voicing issues in the negative. The example he used was the state of Texas deciding to put up road signs saying “Don’t Litter,” yet puzzlingly, littering increased. Characteristically, we immediately do what we’ve been told not to do. Later though when Texas put up signs saying “Don’t Mess with Texas,” littering decreased. This was appealing to Texans’ sense of pride of place and even though negatively stated, the pride trait was stronger.

So why am I bringing this up?  I have now volunteered to serve on the FNPS Conservation Committee and we are in the process of writing a draft policy on the Conservation and Preservation of Florida’s native plants and their communities. What’s so hard about this?  We as members are sold on this. We hold native plant sales, provide tours of gardens planted with natives, we restore old orange groves to original habitats, take field trips, and on and on. We believe we are “talking the talk” and “walking the walk” on conservation and preservation. But are we?

I was initially horrified to read in the draft policy that, “…Activities that endanger this genetic diversity are in direct conflict with the society's goal of preservation of native plant species in their natural habitats. Such activities include the development/conversion of endangered plant communities, cultivation of native Florida plant species outside their historical range within the state of Florida, cultivation outside their natural community…”  This means that, as members, we should not be planting Pineland Lantana (Lantana depressa) for example outside of the Miami-Dade area. We should not buy or plant Sea Grape (Coccoloba uvifera) inland, but even worse, we should not introduce the East Coast species of Beach Dune Sunflower (Helianthus debilis) to the West Coast, as the West Coast has a different subspecies (Helianthus debilis ssp. Vestitus). Our mission, I thought, was to introduce as many native plants to the general public and get the public to use them in their landscapes. I thought that telling a prospective buyer at a plant sale, that Lantana depressa (a great replacement for Lantana camara), will probably freeze back or die in Central Florida, and that a plant normally found in the Panhandle would not survive our warmer climate here. But if I, or a buyer, liked the plant and was willing to lose it, or spend lots of time protecting it, well, that is our decision. Like the people in Texas, you can’t tell me what I can’t and can do – it’s my garden!

So, how do we come to terms with this dichotomy? Back to Russ Hoffman’s talk, how do we put this in a positive mode?  Let’s address our sense of pride in our beautiful native plants, and actually adhere to our Society’s mission. We need to educate and make members aware of our responsibility, but also inject a “Sense and Pride of Place.” Let’s emphasize in talks to groups, members, and conferences, that we must be aware of the historical range of a plant and why that’s important. Let’s stop trying to make the whole State look the same. We have unique and beautiful plants, and when planted in the right place, i.e., their historical range and natural community, they thrive and we can tell when we have moved from north to south or east to west, thereby achieving a sense of place. More importantly, we preserve the unique genome of each plant rather than risking its loss.

Of equal concern, is the risk that comes from introducing a species outside its natural range (i.e. exotic species) and the potential for that species to overpower a natural area where it has not previously occurred. For example, in South Florida, indigenous populations of West Indian Mahogany (Swietenia mahagoni) are found in a narrow range including the upper Florida Keys and the coastline along Florida Bay.  After being planted outside of its historical range, it has been observed invading intact natural plant communities in areas of The Big Cypress National Preserve, Mainland Miami-Dade County, and the Lower Florida Keys including Big Pine Key, where it is altering native plant community structure. As members, we should educate ourselves on a plant’s historical range and ask growers where they procured the seed so we can know where the plant should be located.  It will be hard at first, and I’m not saying that you should rip out the Lantana depressa if you are in Central Florida, but be aware of what you are doing, the message you are sending, and start practicing real preservation. I have spoken to a few members about this and their first reaction, like mine, was “but I like that plant, it grows well in my garden.”  However, after a few minutes reflection, I hear, “now that I know about this, it makes sense and I will try to be more aware of what I plant.”

Note: if you are unaware of the natural range of a given native plant, you may find that information on the FNPS website.

Anonymous said…
I have taken into consideration native range before, as well as introducing different species that might hybridize and limit the gene pool. However, I believe that with the exception of plants that can displace others, that migrations out of natural ranges within the state (which is a somewhat arbitrary boundary) is a much better thing than planting range specific natives and filling in with exotics. South Florida is blessed with a huge variety of gorgeous native plants, my central FL sandhill not so much. I could plant the really nice local wetland plants and water the bejesus out of them, but that would be much worse in my opinion.
August 5, 2014 at 4:38 PM

Anonymous said…
In South Florida, the resource Natives for Your Neighborhood from IRC (www.regionalconservation.org) aims to do just this - create a sense of place by planting the right plant int he right location!
August 6, 2014 at 9:38 AM