A Bird Garden and a Challenge

My husband and I are birders. People frequently stop us and ecstatically tell us about such-and-such a bird they saw at their feeders, or describe a bird and ask us to help identify it. When my neighbor had Mourning Doves nesting in her trellis, I thrilled at peeking at the baby doves and watching them change and grow. I get excited when I see the first “snowbird” blue-gray gnatcatcher return from its summer home up north. I feel joy when I hear the bugling call of sandhill cranes and proud when I see tiny chicks begin to toddle after their parents. My love affair with birds runs deep, to say the least. 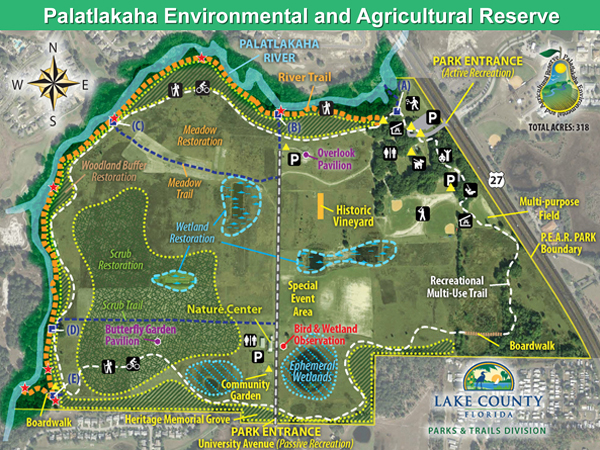 That said, it makes sense that I jumped to volunteer at the Palatlakaha Environmental and Agricultural Reserve (P.E.A.R.) Park Bird Garden. I had planned to write this article about all of the plants it contains, some of which are more bird-friendly than others. The species (listed at the bottom of this article) were selected for very particular attributes, including:
I learned volumes about plants and wildlife by working alongside Dr. Ron Plakke (the Bird Garden's designer) and all the other PEAR Park volunteers. We planted, weeded, watered, got to know each other, studied plants and birds, and had fun doing it. The garden won a design award at the annual Florida Native Plant Society conference and we were recognized by President Bush for volunteer service. PEAR Park was a featured event site at the recent Wings and Wildflowers festival because its gardens and meadows are bursting with wildflowers. When I consider the accolades our volunteer group has received, I can't help thinking, “Wow! I was part of that!”

Under the leadership of Barbara Plakke, the Central Florida Women’s Club planned, planted and initially maintained the Butterfly Garden at PEAR Park. If you have not seen it, it’s worth the trip. Because of Ron and Barbara’s enthusiasm, the Highland Lakes Garden Club joined the PEAR Association (the not-for-profit volunteer organization responsible for park restoration) and helped with many of our planting projects. At a recent PEAR Association meeting, all those in attendance found themselves looking around the room at each other, and realizing that there were no unfamiliar faces at the table. We challenged one other to bring at least one new person to join our group. I'd like to extend that challenge to F.N.P.S. members: get involved, volunteer locally, learn something new, have fun, and get a friend to join you. 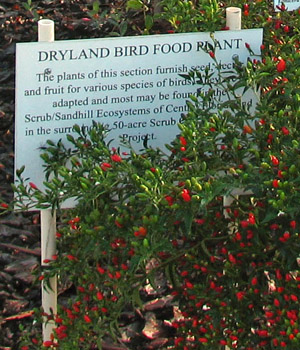