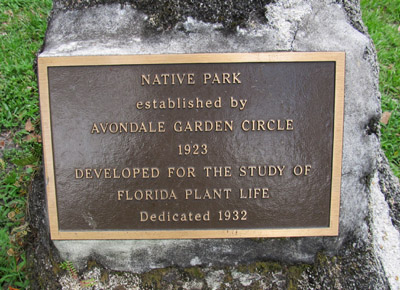 The City of Jacksonville’s Native Park, located at 3312 Park Street in the Riverside Avondale Historic District, was established by the Avondale Garden Circle in 1923. The purpose was to increase public awareness of plants indigenous to north Florida and demonstrate that, while exotic species often died during adversity, the Park’s native plants prospered with little care through drought, freeze, and hurricane.

During the nearly 90 years that have passed since that time, the Park became a tangle of invasive exotics and overly vigorous natives. Native Park was adopted in 2010 by the Ixia Chapter of the Florida Native Plant Society as part of the City's Friends of the Park program to carry out the Park's original purpose and to advance the mission of the Florida Native Plant Society. 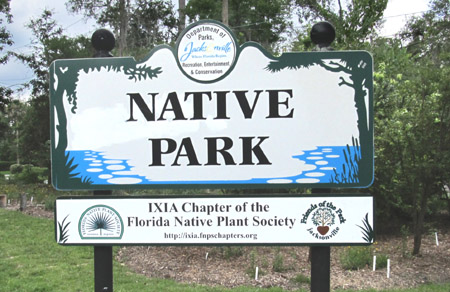 After many Saturday mornings spent digging up vast amounts of invasive and other non-desirable plants, Chapter members and other volunteers have planted 138 native species to add to the 37 native species growing there when work began in 2011. Approximately 60 additional species are slated to be planted. Plants are identified with both botanical and common names. 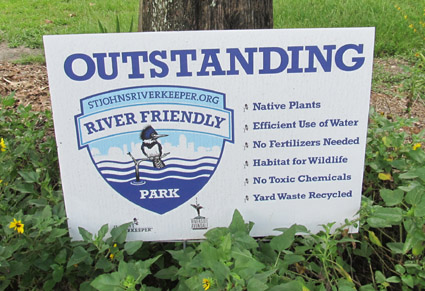 The Chapter’s future plans include an information kiosk, benches, picnic table, and community workshops to encourage people to plant more native plants that still prosper with little care as they did in 1923. The Chapter’s fundraising events and donations by neighbors have made the plantings and improvements possible.


Editor's note: This is a fantastic effort by the Ixia Chapter. It's particularly noteworthy that the neighbors have contributed money and time to help restore this park.
Does your chapter have a cool project that you'd like people to know about? Let us know at fnps.online@gmail.com