Sonny Vergara knows what he’s talking about… and he’s not one to mince words. As former Executive Director of both the St. Johns and the Southwest Florida Water Management Districts, and general manager of the Peace River/Manasota Regional Water Supply Authority, he is one of Florida’s most experienced water managers. So when I learned that he was scheduled to give a presentation entitled “Water Management District Issues: What's Going On?” I sat front and center, and was all ears.

Sonny began his lecture by querying his audience: Can fiscal conservatism and environmental conservatism co-exist in a financially challenged Florida?

Prior to the economic collapse, fiscal conservatism meant limited taxes and government size, the promotion of personal wealth, support for sustainable initiatives, and the pursuit of an enhanced quality of life. The importance of our environment to the quality of our lives was recognized, and efforts were made to protect it and integrate it into our daily living.

Since the economic collapse, the call for limited taxes has turned into an intolerance of any new taxes, a demand to downsize our government has replaced the need to merely limit its extent, personal wealth has become something to protect rather than promote, and goals like sustainability and enhanced quality of life have been balled up and tossed into the circular file.

The answer to his initial question was already coming together, as least for me, like the last few cheerios in a bowl of milk. Rather than being accused of indoctrinating his audience, however, he let the question linger, laid the following facts on the table, and allowed the audience to reach its own conclusion.

House Bill 1103 - Ordinary High-water Mark
Filed at the close of 2011, this bill, sponsored by Florida cattlemen, would have triggered the loss of tens of thousands of acres of navigable, state-owned, submerged lands at the edges of rivers, lakes and streams by redefining the "ordinary high-water mark" (which designates the boundary between public and private ownership). It died in Civil Justice Subcommittee in March of 2012.

House Bill 639 - Reclaimed Water
Filed mid-November, 2011, this bill states that once water is reclaimed it will no longer be considered water - it will be deemed “an alternative water supply.” This will take the control of reclaimed water - about 660 million gallons in Florida municipalities alone - out of the Water Management Districts’  hands, effective July 1, 2012.

House Bill 695 - Development of Oil and Gas Resources
Filed mid-November, 2011, this bill would have permitted onshore oil and gas exploration on Florida’s environmental lands, provided that the state would gain near-term revenues from such exploration. It died on second reading in March of 2012.

﻿
﻿ House Bill 1117 - Conservation of Wildlife
Filed late December, 2011, this bill would have allowed zoos and aquariums to use state and water management land for their exotic animals to roam around on. It was vetoed by Governor Rick Scott in early April, 2012.

House Bill 7207 - Growth Management (dismantling thereof)
This bill eliminates the Department of Community Affairs (an agency that safeguarded against the runaway growth that damaged the state in the 1960s and '70s) and replaces it with the Department of Economic Opportunity, an agency intended to promote growth. In addition, the bill de-funds Regional Planning Councils and gets rid of statewide master planning, effective June 2, 2011. It passed in early March, 2012.

Changing of the Guard

The St. Johns River WMD, driven by directives from Tallahassee to lower taxes and focus on their core duties, cut almost 20% of its staff. Similarly, the South Florida WMD laid off 134 workers just two months ago. Job cuts in these two districts alone combine for a loss of hundreds of years of institutional knowledge.

It’s not only scientists and engineers who have gotten the axe. The Suwannee River, Northwest Florida, and South Florida Water Management Districts have all replaced their Executive Directors with DEP employees. According to Tom Swihart, who spent three decades as a water manager for the Florida Department of Environmental Protection, this is unprecedented. The governing boards of the WMDs have steered clear of selecting EDs with ties to Governor's office and/or DEP (state agencies), and favored individuals whose loyalties were with their own district/region. This fostered healthy, public disagreements between the regional and state level of water management. Florida effectively now has a unified state Department of Water Management rather than a state water agency that works in partnership with regional water agencies. Swihart is the author of "Florida’s Water: A Fragile Resource in a Vulnerable State."

The Preservation 2000 (P2000) program, enacted by the Florida Legislature in 1990, provided $300 million annually for ten years to protect Florida’s unspoiled lands, which were recognized as being critical to the quality of life here. In 2001, Florida Forever took over where P2000 left off, providing the same annual funding for another 10 years, to be used for the same purpose (land acquisition). Once Florida Forever had run its decade-long course, however, there was no other program to hand the baton to. ZERO dollars were designated for land conservation in 2011.

When the 2012-2013 state budget was signed (less than two months ago), Florida Forever got the green light to move forward, with a TINY decrease in funding  - from $300 million to $8.4 million. An additional $30 million was allocated specifically for Everglades restoration. Does this leave us at two steps up and one step back, or two steps back and one step up? Don't answer just yet.

The WMDs have been asked to review how much of the conservation land they have is truly needed, and to designate surplus land for sale. Given the decline in Florida land value over the past few years, and the premium it was purchased at, what is the rationale behind selling now, when we would only recoup a fraction of the cost of our original investment? We can’t manufacture more green space, nor can we repair our disconnected natural communities with the chump change we’ll have once it’s gone.
Another conference attendee chimed in when the subject of designating surplus land came up. She had recently been to a meeting at which it was suggested that a piece of land should be sold off as surplus… that land was adjacent to the headwaters of the Peace River. 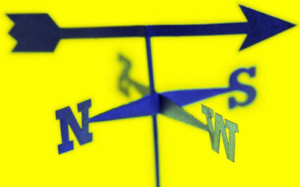 Vergara closed his presentation with his own predictions for water in Florida: a shortage for natural systems and an increase in cost to homeowners. Not an unreasonable forecast, all things considered. Still, focusing on the future does little to change the present. If you believe, as I do, that Florida Forever meant FOREVER, that nothing could be more out of place than a sign for Twinkies at a trailhead, that statewide master planning is critical to both the development of connected natural systems and the prevention of urban sprawl, and that the WMD Executive Directors should not be marionettes with strings tied to Tallahassee, then STAY INFORMED. Check out Sonny’s blog . Write to your Senators and Congressmen. Attend public meetings about surplus designation. And ALWAYS ALWAYS ALWAYS exercise your right to vote.

Florida Native Plant Society said…
Sincere thanks for the compliment. Indeed, it is disheartening. I hope that by sharing this information, however, readers will harness the energy they might otherwise put into being disappointed or frustrated and use it to tell friends, colleagues, and family about what's happening and to let policymakers how they feel.
June 16, 2012 at 3:08 PM