Darwin and Lincoln - Two Peas in a Pod?

Today in History
by Laurie Sheldon

Both Charles Darwin and Abe Lincoln were born today, February 12, in 1809. Darwin's influence on the study of the natural world is widely known, but Lincoln's is not. Sure, he successfully led our country through Civil War, preserved the Union and ended slavery, but he also made a lasting impact on the green front. Here's how:

Justin Smith Morrill, a Congressional Representative from Vermont, was an outspoken advocate for the democratic ideal that a college education should be available, at low cost, to all who desired one. The issue was dear to his heart, having been the son of a blacksmith who had to go to work at 15 years old because his family did not have the means to provide him with a higher education. At any rate, Morrill proposed a plan that called for the establishment of state agricultural colleges through the use of federal land grants, and, although the plan had passed in both House and Senate by 1859, President James Buchanan vetoed it (insert loud BOO here).
The subsequent President, Abraham Lincoln, signed the Morrill Land Grant Act into law in 1862 (YAY). Under its terms, states were given 30,000 acres of public land for each Senator and Representative under apportionment based on the 1860 census. Proceeds from the sale of these lands were to be invested in a perpetual endowment fund which would provide support for colleges of agriculture and mechanical arts in each of the states. The Florida Agricultural College at Lake City was established in 1884 under the MGLA. In 1906, it became the College of Agriculture of the University of Florida. Almost 60 years later, Florida’s governing body for higher education reorganized the College of Agriculture, School of Forestry, Ag Experiment Stations, and Cooperative Extension Services into a single unit - the Institute of Food and Agricultural Sciences (UF/IFAS). Since then, IFAS has extended into every community in the state of Florida. Its mission is to develop knowledge in agriculture, human and natural resources, and the life sciences, and to enhance and sustain the quality of human life by making that information accessible. 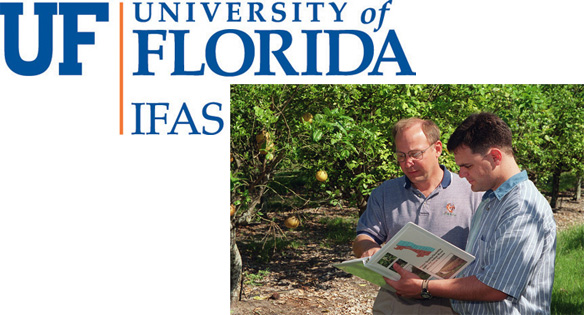