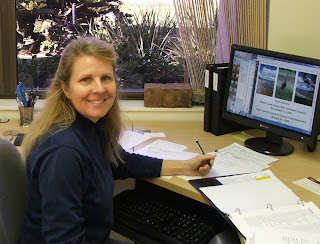 Kariena Veaudry, our own FNPS Executive Director, spearheaded the effort to save 17,000 acres of pristine Florida habitat in Osceola County, winning her an award from the Sierra Club. Here's the story of how one woman used passion, determination, and political savvy to battle bad decisions by government and corporate interests. Kariena shares her top three tips you can use to influence Florida's public input process.
Kariena waxed passionate in her explanation of how this award came about. She began with the observation, “ Investigative reporting is largely gone everywhere, and it left Osceola county extra early." Commissioners there are bent on a huge development project that will benefit one large land owner, destroy one of the most critical areas of conservation in the state, and negatively impact the citizens of Osceola County most of whom know nothing about it. This development is being pushed forward in a county that still has 103 years of growth left before anything new will need to be built out, according the records on file with the Florida Department of Community Affairs (DCA). The DCA is the state agency put in place to ensure that county comprehensive plans follow Florida Statutes and avoid detrimental urban sprawl.

In Kariena's view, the land that lies at the heart of the matter is “The single most important piece of conservation land in Florida.” A mixed mosaic of upland and wetlands, it is unique in the Southeast, in part because it is pristine: it has never been touched by citrus or cattle operations. It contains the headwaters to the Everglades and is home to numerous rare and threatened endemic plants and animals. If that wasn’t enough, it also lies in the middle of a corridor critical to the free flow of hydrology, native plant regeneration and wildlife habitat.
Florida Natural Areas Inventory (FNAI) gave it one of their highest ecological ratings. The Florida Forever land acquisition program rated this property as priority 'A,'  the highest rating achievable.
When members of Kariena's FNPS chapter, Pine Lily, a small but active group, heard that Osceola County was planning to take the steps necessary to move their Urban Service Boundary outward to encompass the 17,000 acres so that it could be developed  they decided to see what they could do. They teamed up with several other environmental groups, including Sierra Club, and went to work. Kariena used her own personal volunteer time to fight for the irreplaceable land.
Osceola County officials had in fact been meeting with the developer for the past three years, before the public process had even begun.
This meant that a significant amount of taxpayer money was going to further the interest of a single large land owner. When Kariena objected to this during a subsequent meeting, the reply was, “Well, they are going to develop it anyway, so we are just trying to move things in the right direction.” Kariena pointed out the weightlessness of that answer. Since the county had the decision making power, they were responsible for denying the request to expand the Boundary, and to protect citizens from the costly effects of unneeded urban sprawl.
Kariena led an effort to research pertinent Florida statutes and sections of the county’s Comprehensive Plan. The aligned group collected the necessary data and ecological maps to convey the importance of the area. Information was provided the DCA, the water management district and the Florida Fish and Wildlife Conservation Commission.
Jenny Welch, currently the chapter president, along with other members of the Pine Lily chapter, began to attend and to speak at the public hearings.
The DCA had the authority to approve or deny the request to move the boundary. For the record, Kariena pointed out that the DCA does not routinely squelch development projects.  She said “If the DCA denies a plan, it is because it is really, really bad.” In order to move an Urban Service Boundary, you have to demonstrate need. However in the case of Osceola County, there is approximately 12 million square feet of office/retail approved but not yet built, approximately 69,000 homes approved but not yet built, high foreclosure rates, and empty shopping centers. Remember that 103 years of growth left, mentioned earlier?
Kariena and the crew went through the proposal,  noting the many errors in documentation sent by the developer. Ultimately, the DCA did, in its initial response, find the plan not in compliance. The land is safe for the moment. And thus it was that a group of volunteers from the community banded with some non-profit organizations and brought reason and logic to bear on a county's planning process. 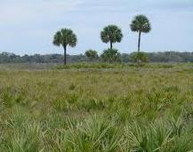 Kariena also noted that this is only one story of unneeded developemnt, one of many in Florida. The future of our state is at stake. With ever weakening environmental regulations it will be even more important than ever for citizens to get involved and to educate those government leaders who don't understand the balance between necessary, responsible development and conservation.
“My experience has been that you don’t need to be professional to be effectively involved with your county,” said Kariena.  “A single voice representing the environment can be the one that makes the difference in saving critical lands. The public input process in Florida has been consistently diminished, so attending meetings and speaking to individual commissioners about conservation issues is vital.

Here are some of Kariena's suggestions:
Kariena had one last thought, perhaps one of the ideas fueling the energy and dedication that drove her through this experience; a quote given by Robert Kennedy, Jr  speaking at Rollins College.  “We treat the earth as if it were a business, liquidating its assets with no long term consideration for what will be left to run the business the future."
sue dingwell
Press Release from Sierra Club of Central Florida:
Orlando, FL: Sierra Club of Central Florida will honor three Central Florida leaders at the annual holiday party on December 15th. Honored for their commitment to improving our land, water, air and wildlife are Kariena Veaudry, Executive Director of the Florida Native Plant Society, Tracy McCommon from the non-profit Nature Wise and Jackie Blake, Aide to Orange County Commissioner Linda Steward.”
“Kariena is being honored for her work on the Osceola County Comprehensive Plan. Kariena has been a watchdog and advocate for protecting the NE Corridor. She is very articulate and knowledgeable from her professional work as a landscape architect and her work as Executive Director of the Florida Native Plant Society. Using her talents, Kariena has worked to stop Osceola County from changing this pristine property into an urban sprawl mosaic of over built homes and office space.”
activism Florida Native Plant Society Kariena Veaudry

Anonymous said…
This is a great story. I hope that large landowner gives up on this property and turns it over to the Nature Conservancy for a tax break.
December 11, 2010 at 6:19 AM

Ginny Stibolt said…
Some northerners might be confused by our yellow batchelor buttons(Polygala nana), also known as candyroot. It occurs in all but the southernmost counties here in Florida and is common in meadows.
December 12, 2010 at 4:48 PM