November 18, 2012
The Snook Island project, a public/private restoration in Palm Beach County, was dedicated on November 2, 2012.  This project includes, planting mangroves, spartina grass, and other native plants on the shoreline and on islands and jetties built with rubble from the old drawbridge here. Some of it had been left in place after the new bridge was built and had been used for many years as a fishing pier, but it had become unsafe. So instead of transporting the spoils to a landfill, the cement blocks were used to create the substrate for the plantings and as an artificial reef for the new fishing pier. Other niceties included here are the benches, a boardwalk along the mangroves for the birdwatchers, a launch platform for kayaks and canoes, water taxi docking stations, and reconfigured parking for the trailers. So now instead of a rotting cement bridge and an eroding shoreline of the public golf course, the local residents have a beautiful recreational resource and cleaner water in the Lake Worth Lagoon.

We have been watching this project over the last couple of years, so we thought it was time for an update and a reminder of what can be accomplished by a dedicated consortium of public and private groups and agencies to benefit the community and Mother Nature.

Here's the view of this project last month from the Lake Avenue Bridge in Lake Worth:

In this photo and the one below, you can see the new fishing pier in the foreground, the turnaround area and the floating pier for the kayakers, the completed boardwalk, and the growing mangrove population along the shoreline and on the new spits of land.

Here is a view of the project last year.  Some of the mangroves had been planted a few years previously, so they were already well established, while newly planted mangroves are just getting started. 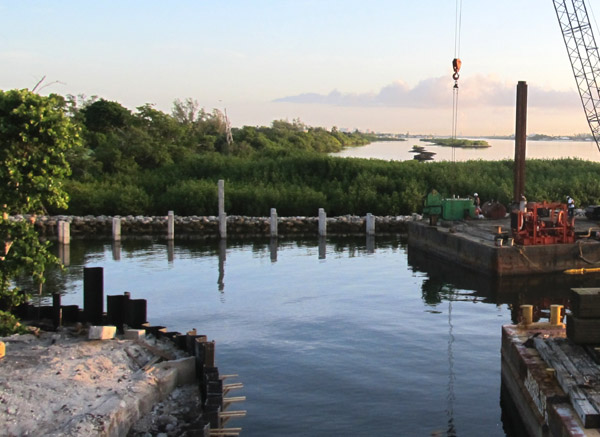 This aerial photo shows more details of one of the islands north of the Lake Avenue Bridge and closer to West Palm Beach.  Note the protected mini-estuary in the center of the island. The longer the actual shoreline is, the more habitat is created for fish, shellfish, and birds. Also, you can also see that many sabal palms were planted on windward (eastern) side of the island. 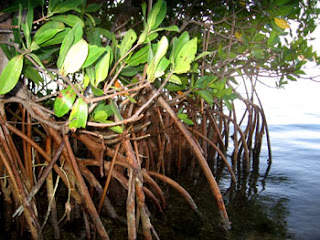 The majority of the mangroves used for this project are red mangroves with their stilt-like root systems that do such a good job of breaking up the wakes and other waves and also creating all those nooks and crannies that are so important for wildlife.

These islands and and other land extensions planted with natives will also help absorb storm surges and high winds.

Some lessons for the rest of us...

Big environmental projects can be accomplished when local government officials and agencies, private enterprise, and non-profit groups all work together for to benefit the whole community. This project and others (which we'll cover in a future post) make this community more attractive to prospective residents and also to businesses that will cater to the higher population and that might be looking for an attractive area for new offices or manufacturing.

Patience is required for large projects because they might take several years to complete.

So now that the election madness is over, have you contacted your new state and local representatives to express your opinions? Maybe you can use this project as an example of what could be accomplished in other parts of the state. I have and will continue to do so. 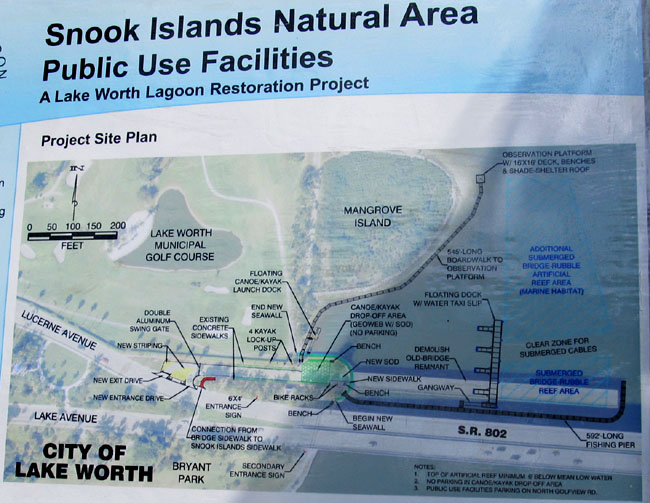 Resources and previous articles on this project:

Shoreline Habitat in the Intracoastal Waterway

We All Live in a Watershed!