Showing posts from May, 2019
Show all

Recordings from the 39th Annual Conference 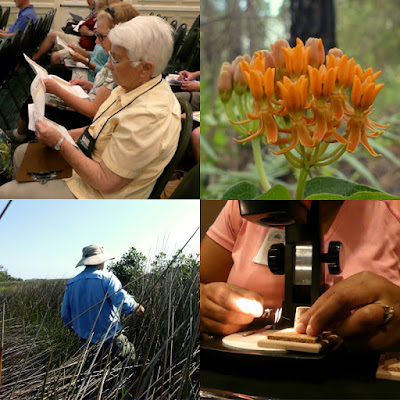 We recorded some of the sessions for the 39th Annual Conference in Crystal River from May 16-19, 2019. For more information, see the conference website and photo album . Clockwise from top left: Peggy Lanz works on a garden plan in the Landscaping for Pollinators Workshop, Rolf's Milkweed ( Asclepias tuberosa var. rolfsii ) in the Citrus Tract Sunday Field Trip , Anna Pepper works a microscope to identify a native bee, and following Dr. Jack Putz through the marsh during the Gulf Coast Ecosystems and Sea Level Rise Field Trip .  Keynotes Rising Seas, Retreating Forests, and other Rapid Changes in Coastal Ecosystems by Jack Putz, PhD Download the audio (mp3) file here and watch the video here . Florida Regional Landscape Conservation Obstacles and Opportunities by Tom Hoctor, PhD Download the audio (mp3) file here . Why is Florida So Rich in Biodiversity? by Reed Noss, PhD Download the audio (mp3) file here . Sessions How to Lead the Best F
Post a Comment
Read more 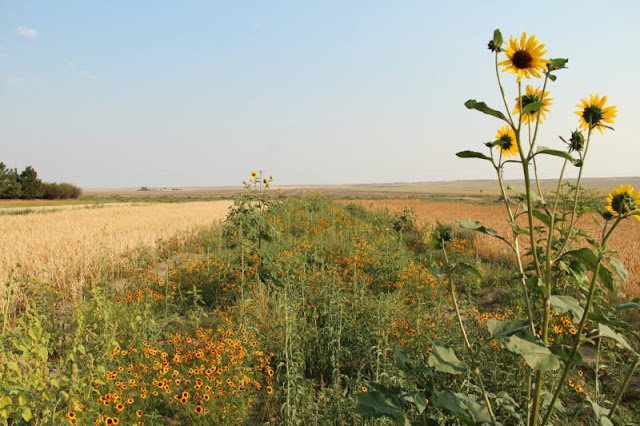 by Eugene Kelly, Policy and Legislation Chair A conservation buffer with native plants, photo by Jennifer Hopwood, Xerces Society The Society recently had an opportunity to speak in support of native plants on a national basis. The USDA’s Natural Resource Conservation Service (NRCS) accepted comments on the Practice Standards they use while implementing Farm Bill [ wikipedia ] programs. Landowners can apply for funding assistance – typically on a cost-share basis – to make changes to their agricultural practices that achieve a variety of conservation benefits. The general substance or goal of a particular Practice Standard can often be surmised from the title. Examples of Practice Standards promoted by NRCS include Field Border , Forest Stand Improvement , Hedgerow Planting , Streambank and Shoreline Protection , and Upland Wildlife Habitat Management . And the conservation benefits of the practices are aligned with such Farm Bill objectives as reducing
Post a Comment
Read more